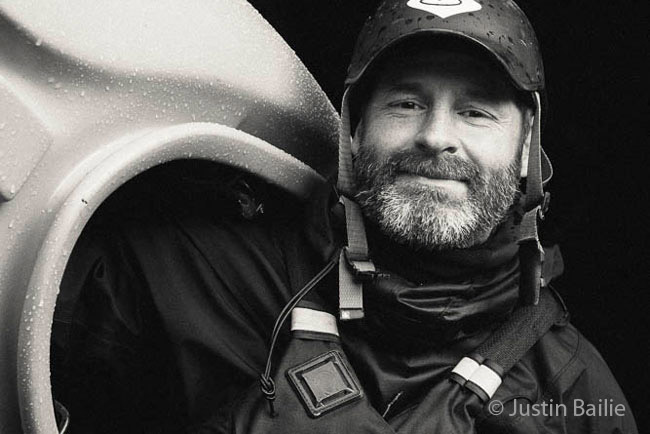 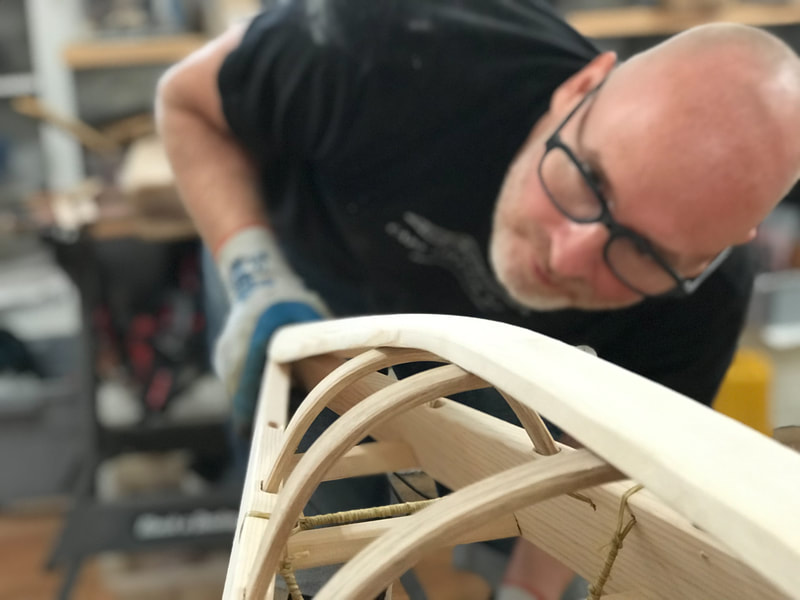 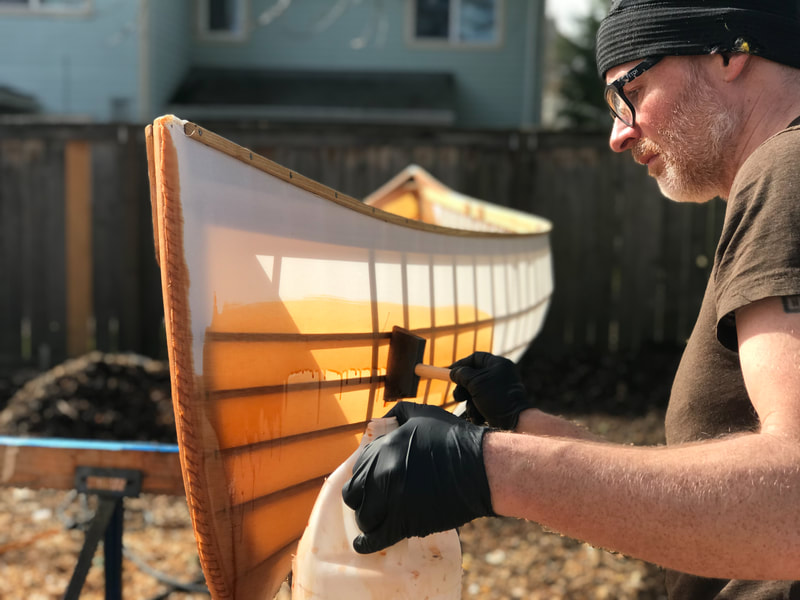 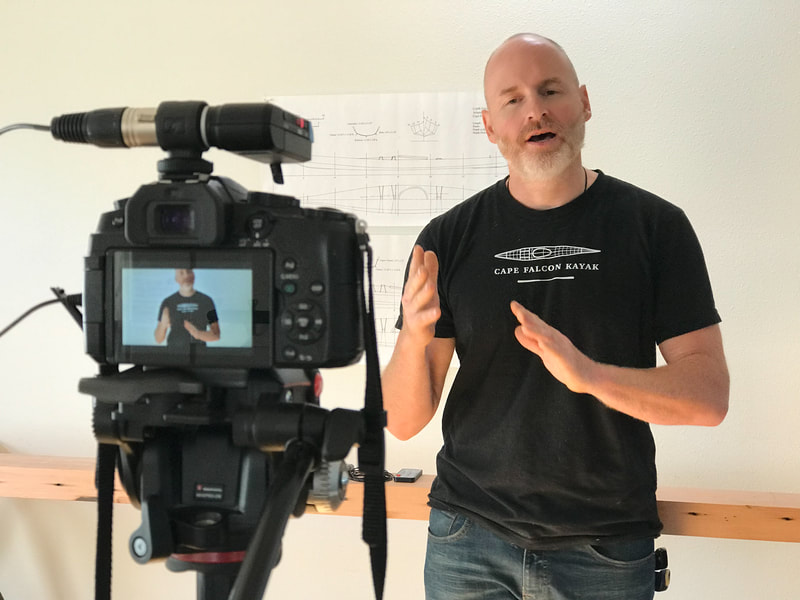 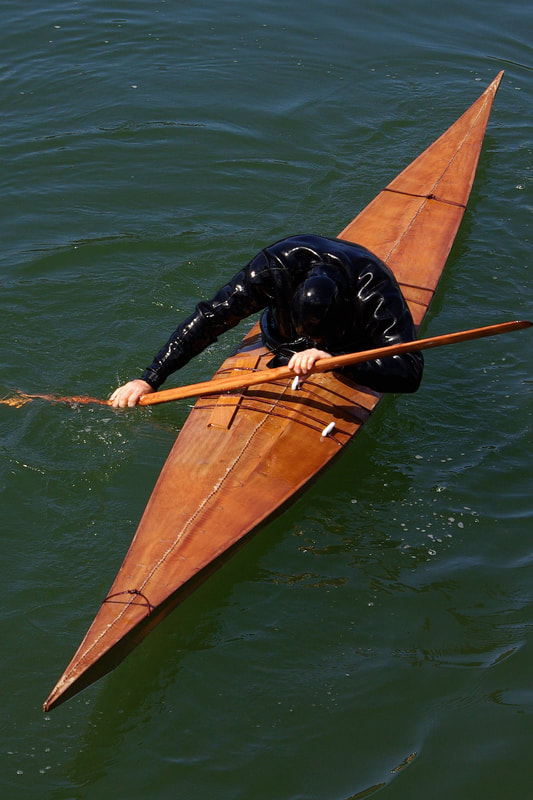 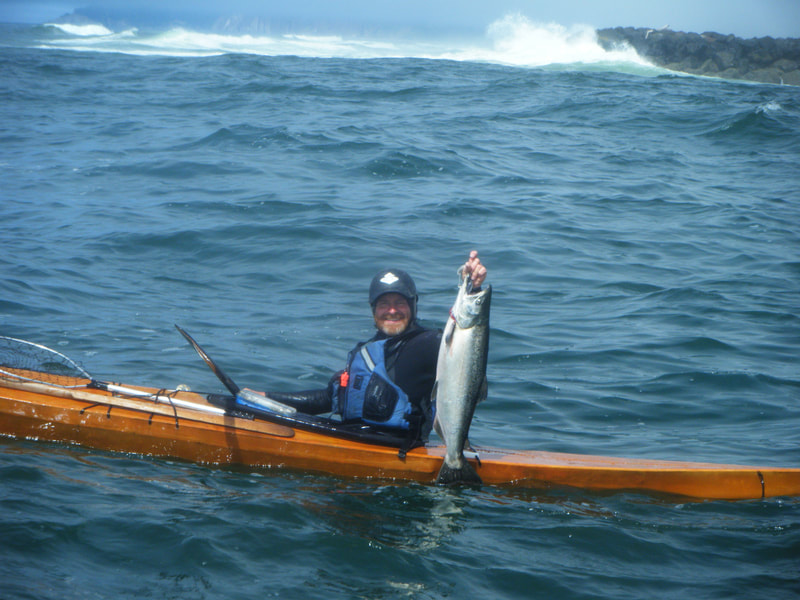 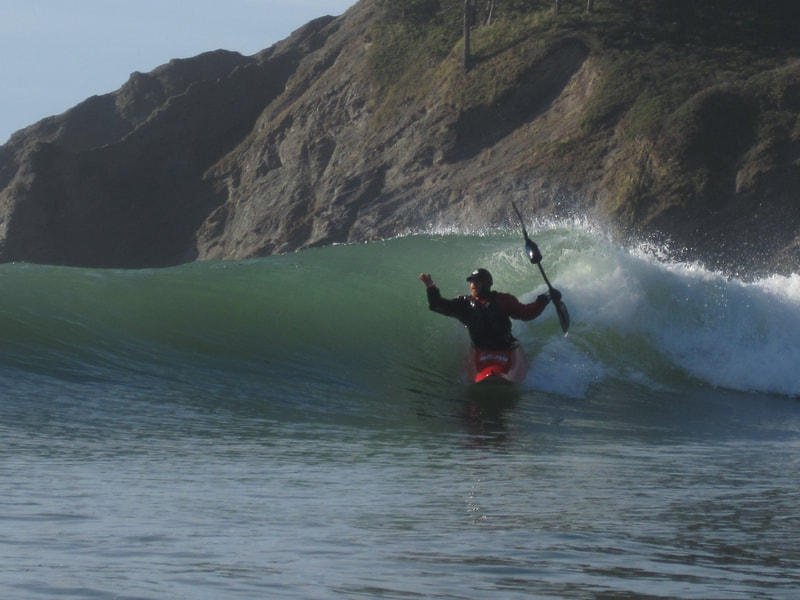 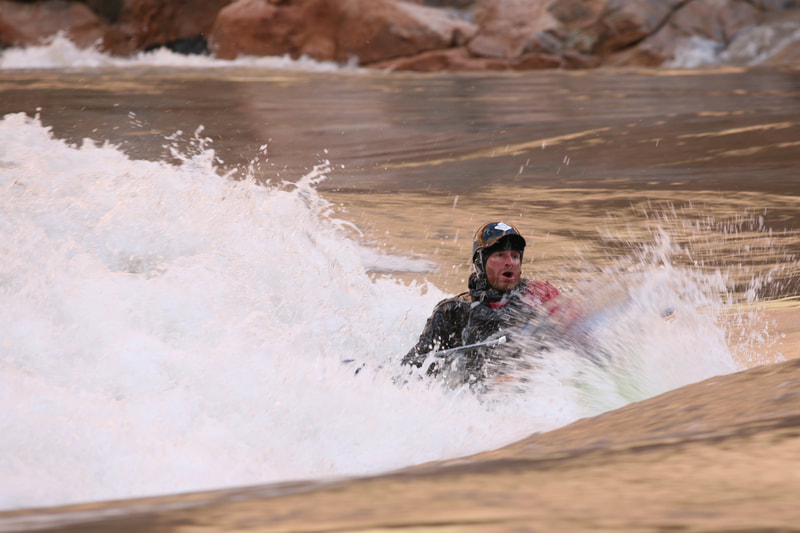 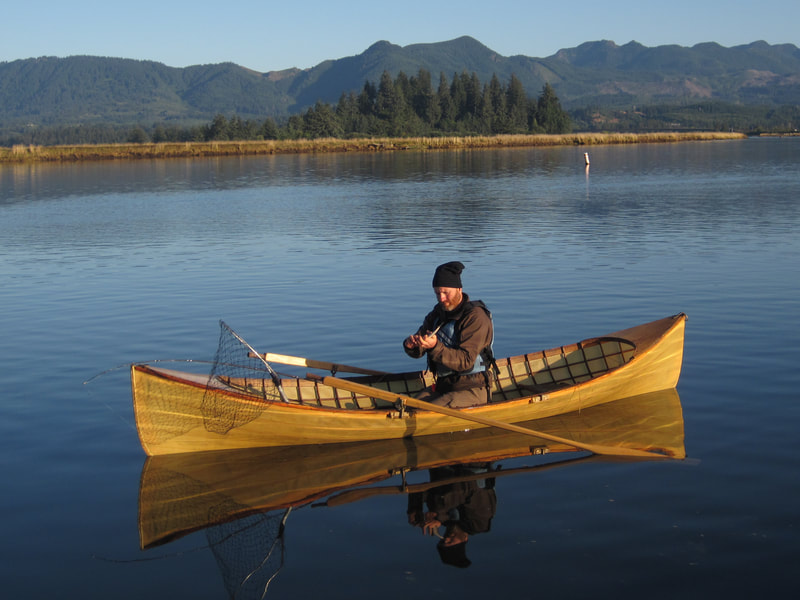 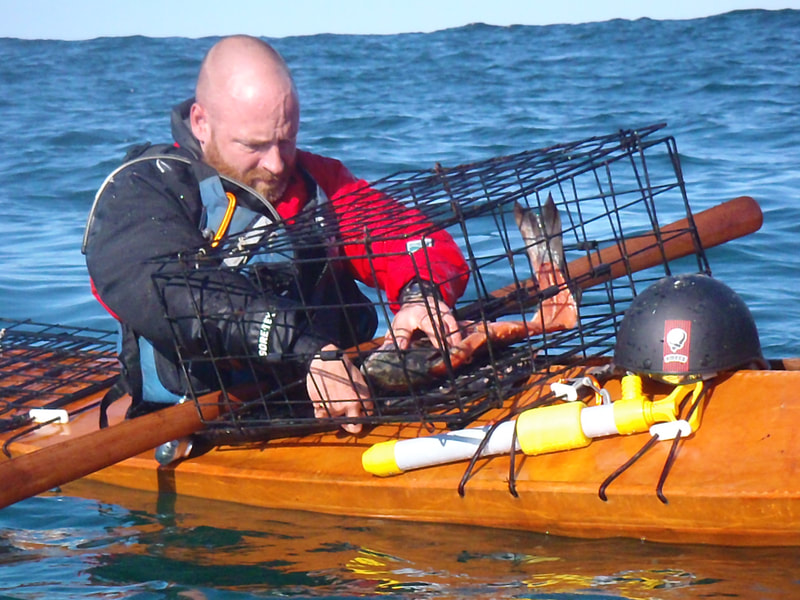 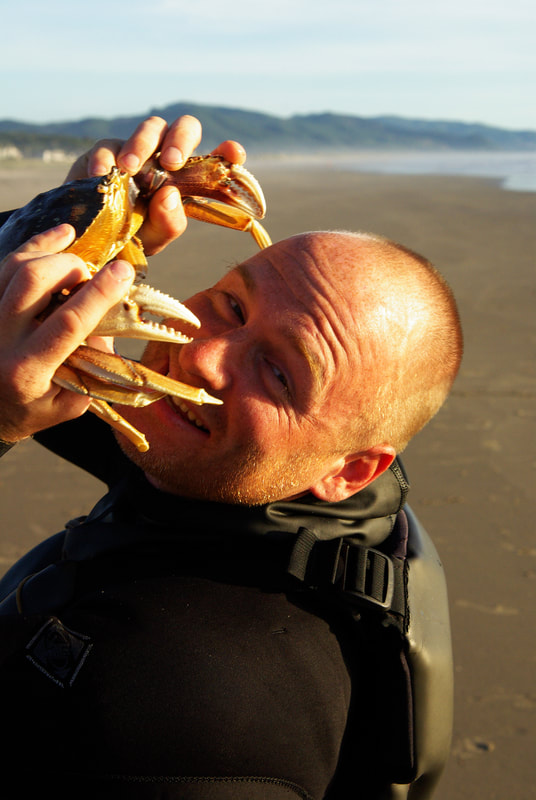 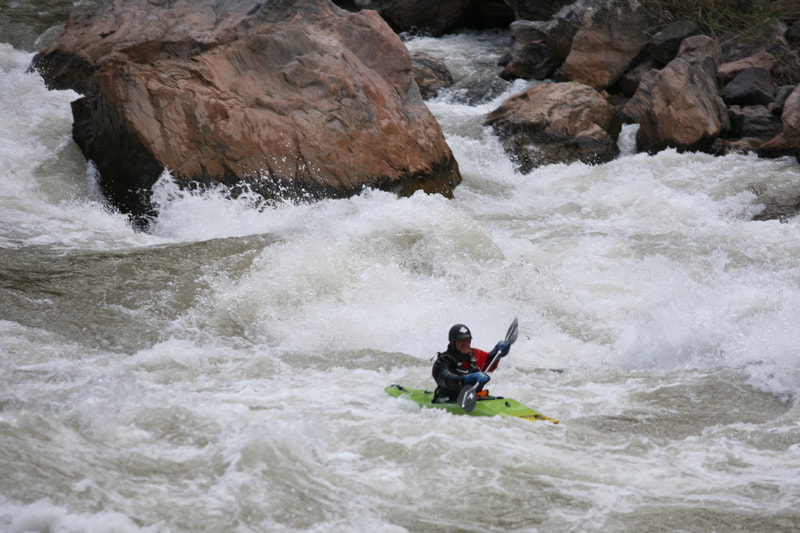 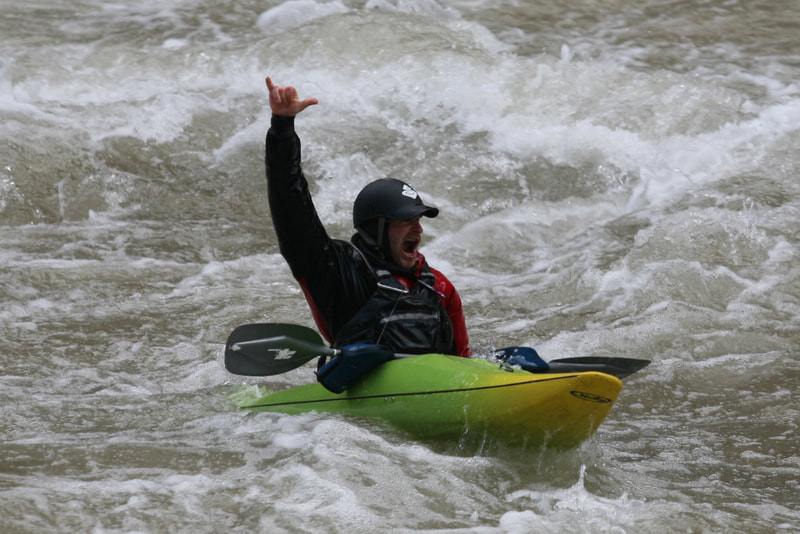 Whether it's whitewater, surf, sea, squirt, polo, racing, fishing, arctic, vintage, or any other type of kayak, chances are I'm obsessed with it in some way.  I've been a multidisciplinary paddler for 23 years, and a full-time skinboat builder for 17. My very first skin-on-frame boat was an Aleutian kayak. It was light, beautiful, and surprisingly tough, and despite issues with comfort and handling, I ended up taking it everywhere I went. Being a paddler first, however, I needed a boat to suit my paddling needs, so I made it my personal mission to apply modern design to this amazingly versatile traditional building system. Through a process of trial and error that continues to this day, I spent years experimenting, testing, and refining my designs, culminating in what is now over 1500 kayaks that have been built all over the world.  In addition to building and paddling, I'm passionate about teaching and have personally taught over a 100 skin-on-frame kayak building classes which are distilled into our easy, efficient online classes as well. I am available by phone or text anytime during your build, and you're always welcome to stop by the shop to borrow a kayak or canoe. 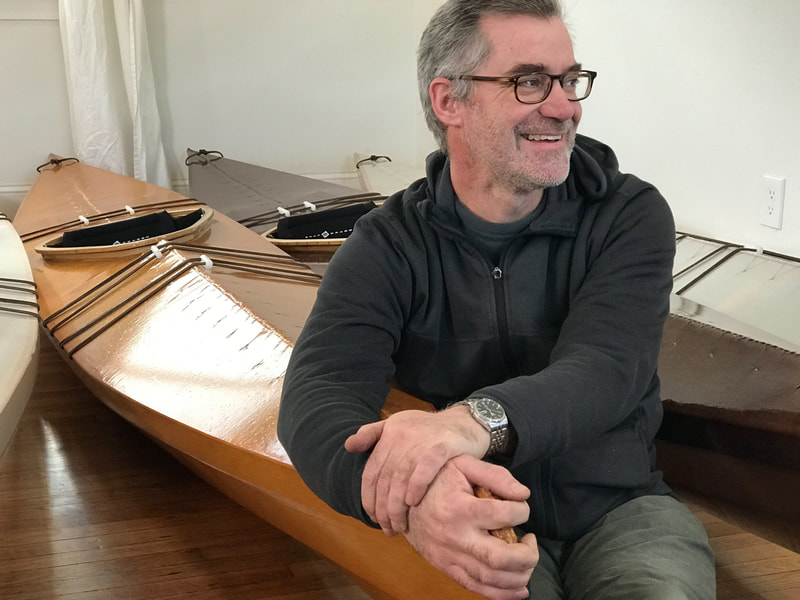 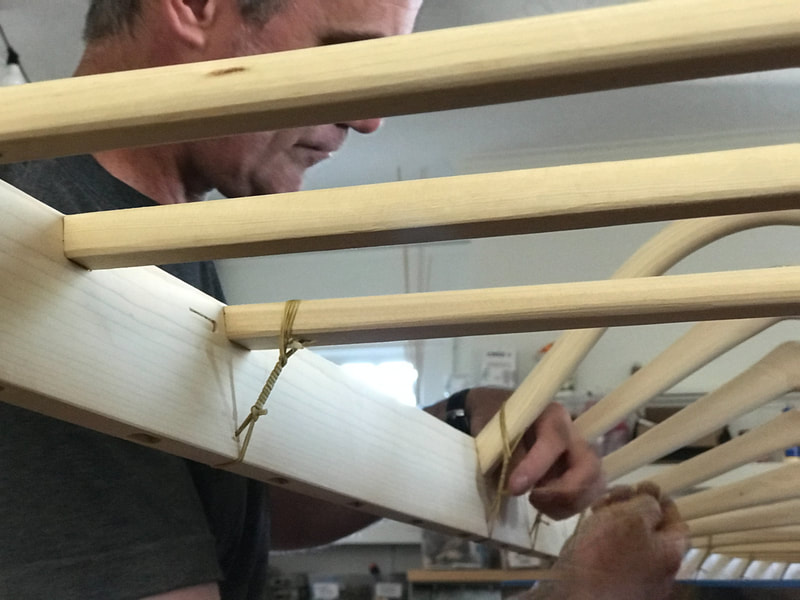 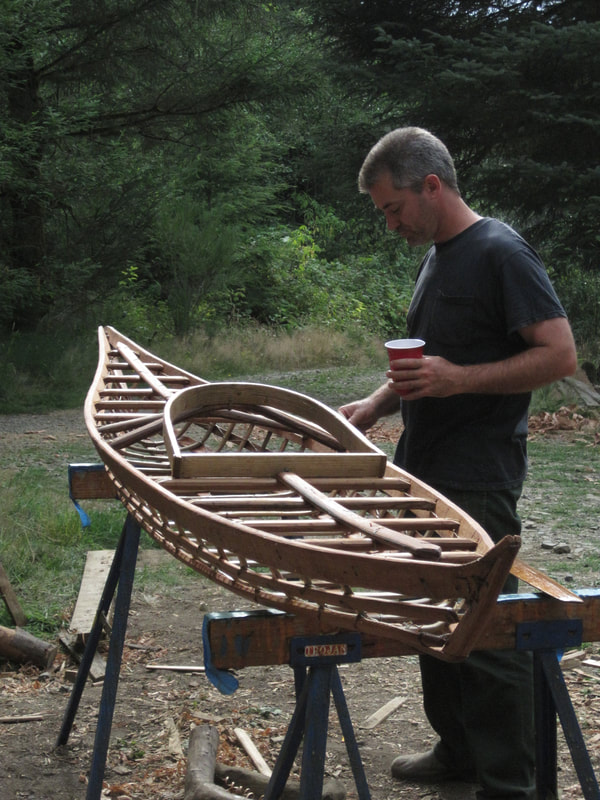 Tom builds all of our custom kayaks in the US. Toms craftsmanship and attention to detail exceeds even my own, and more than once I've wanted to keep one of his boats as they pass through the our shop. As a longtime friend Tom has helped with many of our most challenging projects, including the (somewhat famous) Japanese Forest House and Bath House, and several exact copies of traditional Inuit kayaks, one of which we made from driftwood without power tools!  Tom built his first boat in 2003, and has been unwilling (or unable) to stop ever since. Tom grew up in the South Puget Sound area riding motorcycles, boating, running, and hiking. And tinkering. He has a professional background in all types of carpentry, small-scale renewable energy, and arboriculture. 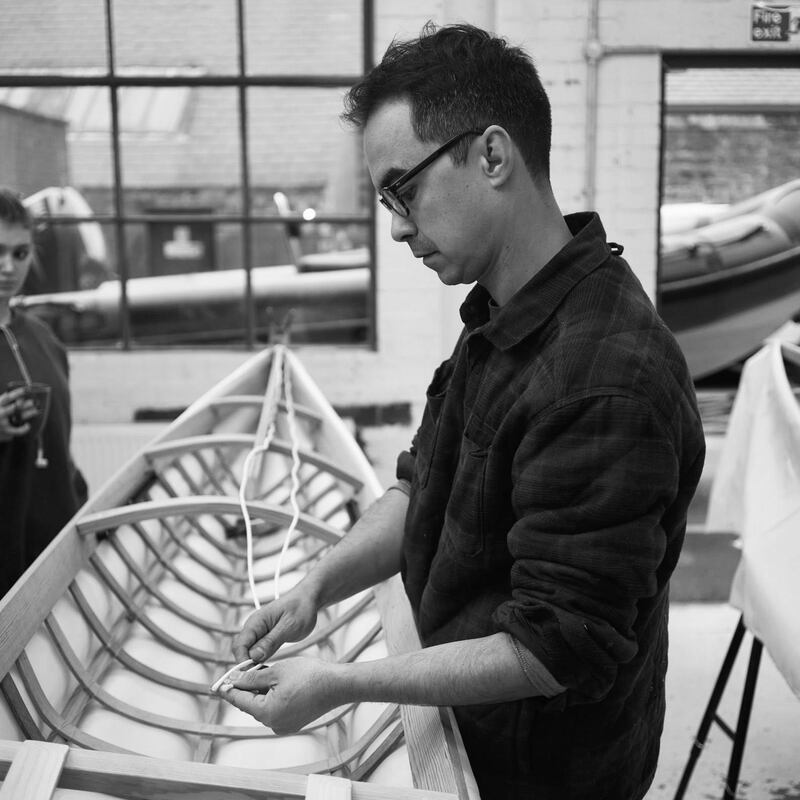 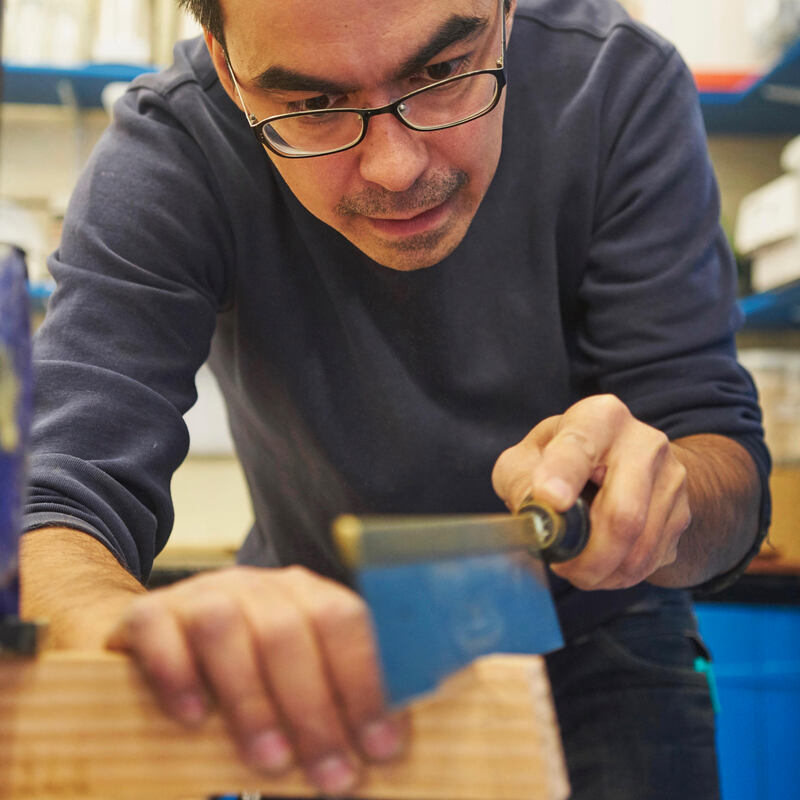 Ant lives in Bristol (UK). He’s a wooden boatbuilder who loves skin-on-frame boats and runs kayak & canoe-building courses from the historic Underfall Yard in Bristol Harbour. He grew up kayaking on the sea and whitewater in Devon, then further afield in Europe, British Columbia and Asia. Prior to retraining as a wooden boatbuilder in 2015, he worked as a designer and taught design at university. He loves helping other people to gain confidence through learning new skills, especially the reward when he helps people build a boat and they can proudly say “I made that!”
You can see a bit more about Ant in this short film: https://vimeo.com/350576574
Ant runs Shipshape Boatbuilding: www.shipshape.works 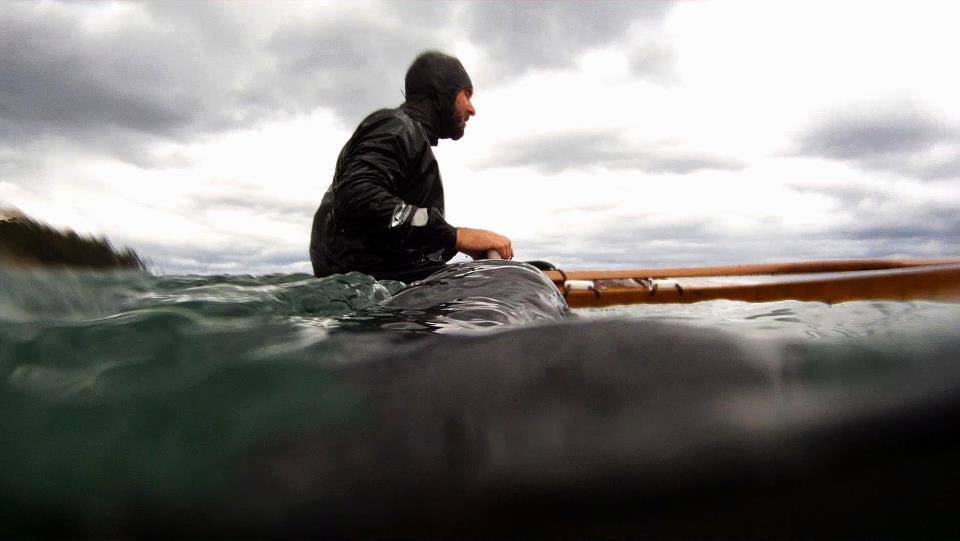 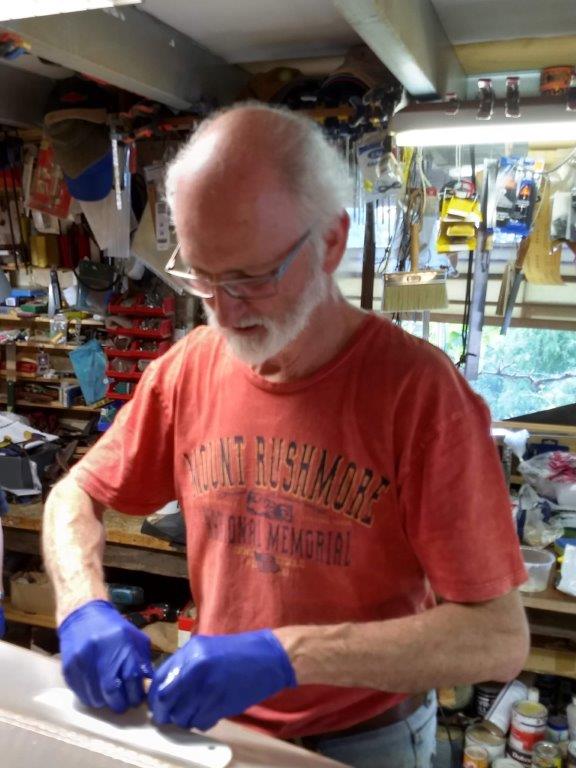 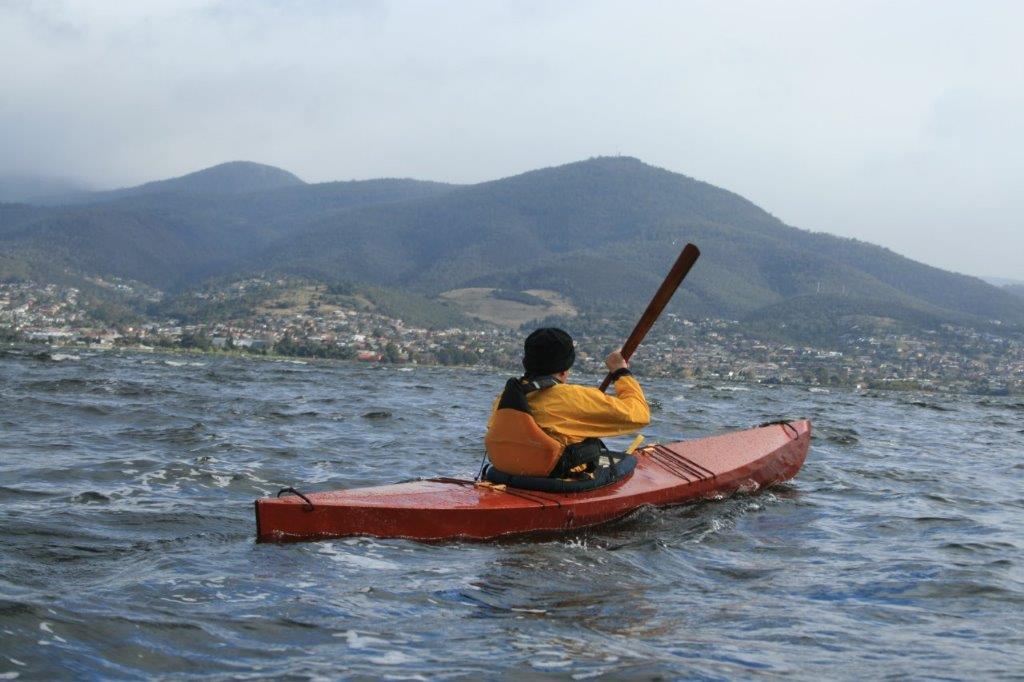 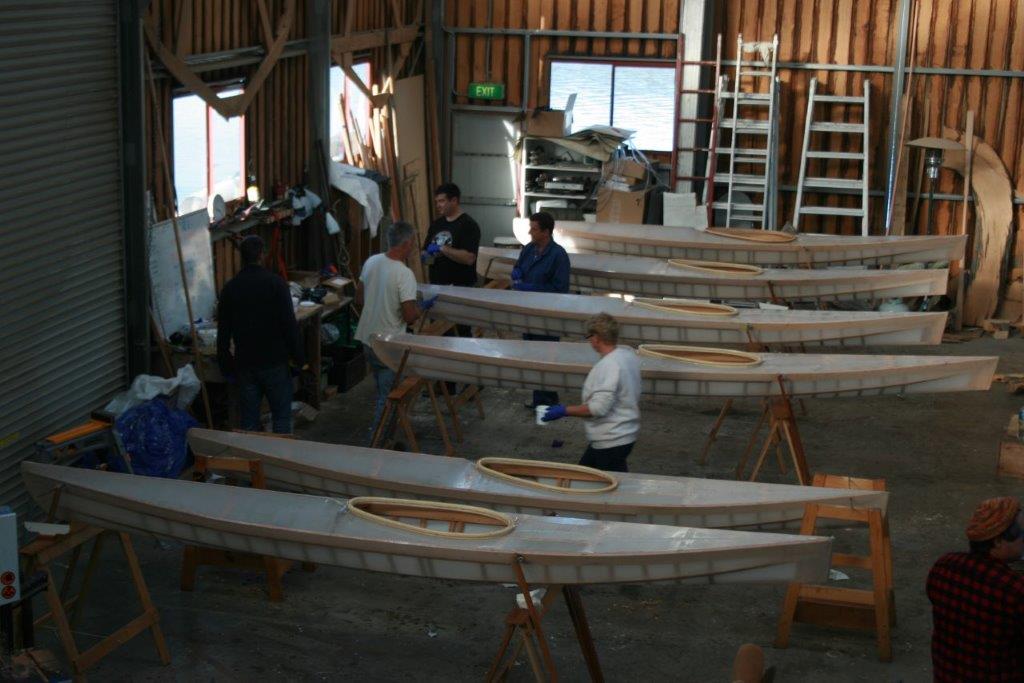 Peter has been building kayaks and canoes and the odd baidarka for over ten years and Greg has been both building and paddling for much longer. Together they have been guiding students building the F1 kayak through courses run out of the Wooden Boat Centre in Franklin, Tasmania.  www.canoesandlampshades.com is Peter's website highlighting other builds carried out in his workshop including Geodesic Airolite construction and an art installation at Pennicott Wilderness Adventures on Bruny Island, as well as a lampshade or two…… 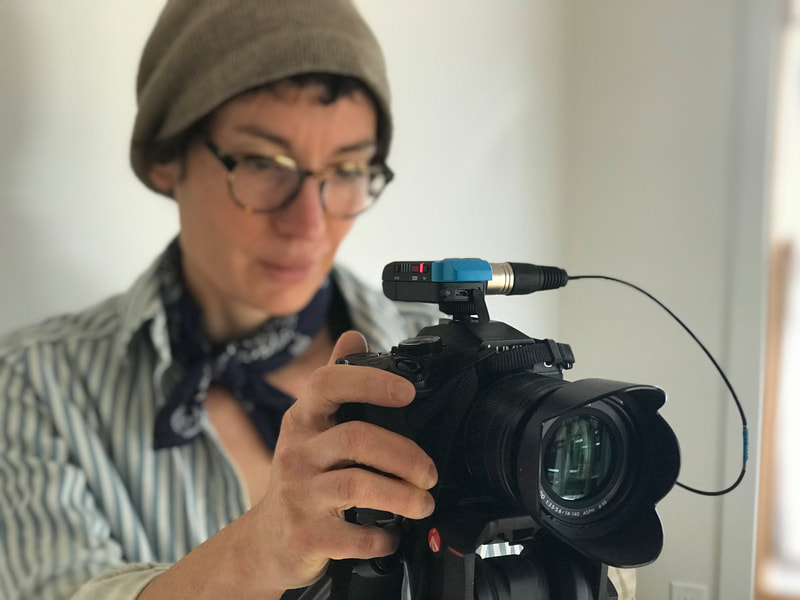 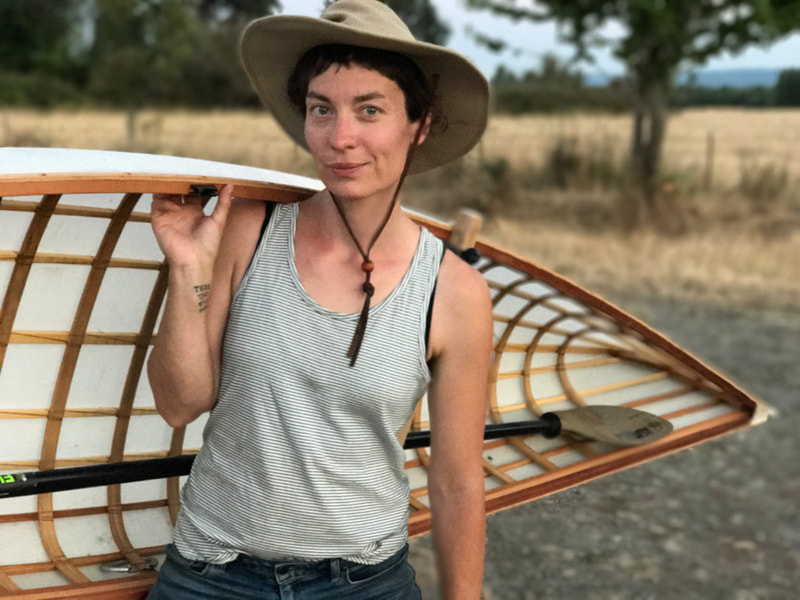 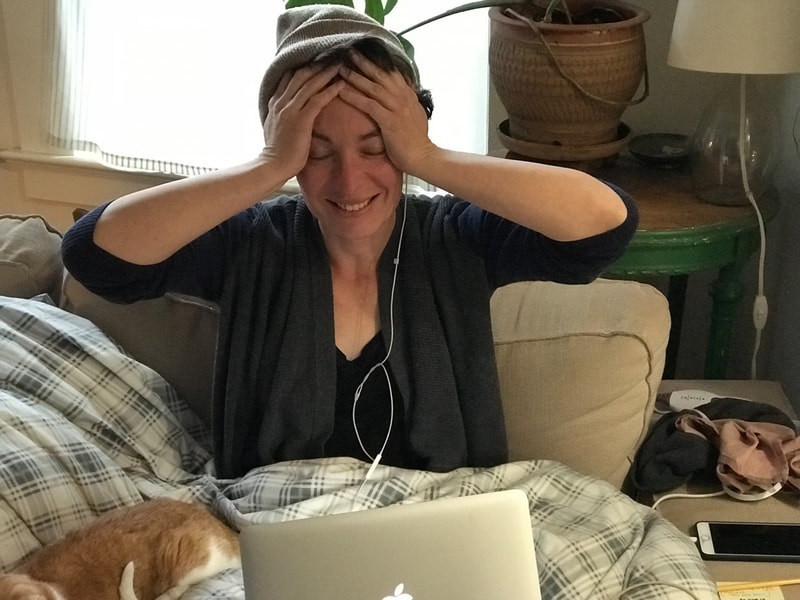 Liz can be found behind the camera and computer at Cape Falcon Kayak, making sure all the moving parts keep moving behind the scenes. With a background in graphics, she has experience in publishing, web and environmental graphic design. Her favorite projects are those that require distilling large amounts of information into easily-understandable formats, and has worked on many large-scale exhibition and experience designs for museums, educational spaces and architectural projects around the US. While it’s true that she spends much of her time behind a computer screen, Liz is a builder at heart, and is always eager to pick up a new tool or learn a new skill.

Matt is an acupuncturist and boatbuilder and has been building skin on frame canoes for the past five years.  He is an avid canoeist and skier, traveling across Lake Champlain to the Adirondacks - a paddler’s paradise - as often as possible. Working out of a shop in Burlington, Matt enjoys building boats and exploring shape as an expression of his love of form in motion. He enjoys paddling as a way to interact with water and wind, and as a means to travel and camp in the wilderness.  Matt is in the early stages of building professionally and is enthusiastic about sharing his experience and understanding of canoes. He is best reached via email: matt@naturalalchemyacupuncture.com.